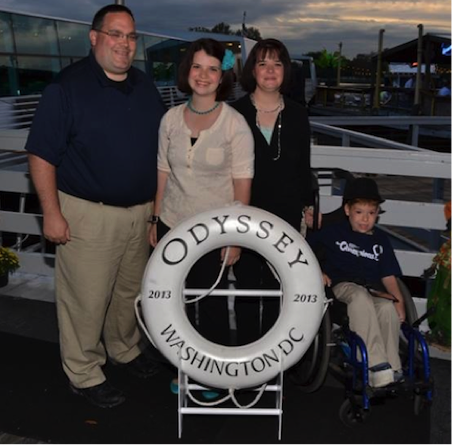 Our Riley Kid of the week for this week is actually not a Riley kid herself, but a sibling of two Riley kids! Sierra and her family are very involved with PUDM and we love seeing them at our events. Sierra tells her own story below.

In October of 2002, my brother, Nathan, was born. I was so excited to be a big sister, even being only 4 years old. I only knew that my brother was sick and had to stay in the hospital. Nathan had Spina Bifida. I remember visiting Nathan in the hospital; he was attached to all kinds of tubes and IV’s. Whenever I went to visit him, I sang, “You are my Sunshine” to him. Even though he was a strong baby, after six weeks of struggle he passed away in December. The day my parents told me, I was devastated. Nathan’s still my brother though, and always will be, no matter what happens.

3 years later I found out that my mom was pregnant with another boy. I was so excited! Another part of me worried though, one of my brothers didn’t ever get to come home, what if this one didn’t either? When I found out that my new brother would have the same condition that Nathan had, I was really scared. I remember when I went to the hospital; I got to hold my new baby brother, Braden. Braden was hooked up to a lot of the same things that Nathan was and that made me more scared.

When he got home, I was so excited that I wanted to stay the night on my parent’s floor so I would be in the same room as Braden when I woke up. That lasted about 5 minutes! I was lying there and couldn’t get to sleep because he was crying so much! Now, Braden can walk with a walker! He is very energetic and talkative and has had nearly a dozen surgeries at Riley. Braden is a terrific kid, and that has a lot to do with Riley Hospital.

A picture of the Tamosaitis family is shown below. We admire this wonderful family so much!