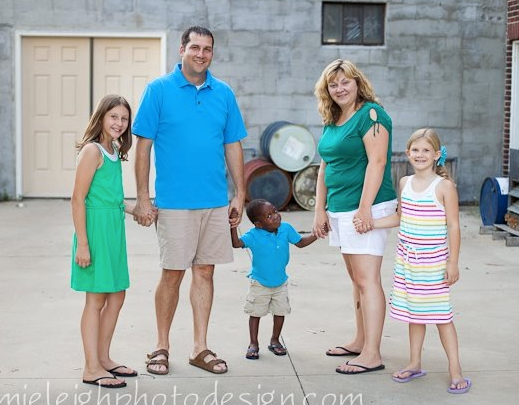 With this Riley Kid of the Week, we would like to introduce one of our newest PUDM families, the Misch Family! We are so excited that they have joined us and we cannot wait to get to know them better. Addison is our Riley Kid of the Week for this week, and her story is told below by her mom, Jamie.

On our Myrtle Beach vacation in the summer of 2013, I found Addison standing in her bedroom doing a very strange shaking spell. Her elbows were bent up and her hands/arms were both shaking like she was trying to shake off excess water. She was also spinning in slow, lethargic circles with her right foot as the pivot point. She would not respond to me when I talked (and yelled). When the episode ended, Addison explained that she could hear me, but couldn’t talk back. She explained that this had happened to her before and that she had been able to ‘stop’ some of the episodes by trying to relax and calm down.

When we returned home from vacation, we scheduled an appointment with her Ft. Wayne pediatrician, who ordered an EEG and referred us back to her pediatric neurologist, who had taken care of Addison when she’d had a grand mal seizure at age 2. There was nothing abnormal on the EEG so her doctor ordered an MRI. We went for that the next day. Before Addison was even done with the MRI, the tech told us we had to go back to her neurologist’s office immediately.

Addison’s MRI showed a tennis ball size tumor on the back left side of Addison’s brain that must be removed. Her doctor asked us to wait as he contacted Riley because Addison would receive the best specialist care there. He mentioned hoping we could get connected to Dr. Jody Smith, in his opinion, a most excellent pediatric neurosurgeon. We didn’t know then, but we do now, that ‘most excellent’ is an understatement.

We spent 16 hours waiting with 24 different friends and family members as Addison had her surgery at Riley. We cannot thank Riley enough for the top of the hour check ins by the nurse with information about surgery progress. A special thanks must be paid to the surgery nurse who insisted on our behalf that we get a Ronald McDonald in hospital room for the night. Addison was the first patient in and the last patient out. Addison spent the next 2 nights in pediatric ICU with more great nurses who took great care of her and us.

Addison only missed the first 3 days of school and once she got back, she never skipped a beat. She did great academically at school and kept up physically as well. After Dr. Smith saw Addison for a follow up appointment she was released for sports and ran the last 4 meets of the middle school cross country season. She was amazing, she is amazing. We thank God for our miracle, Dr. Smith, and the healing that happened for us at Riley.

The experience that Addison and her family had at Riley is absolutely incredible. We are so glad to welcome them into our PUDM family and hope they are looking forward to their first marathon with us in just a few months!