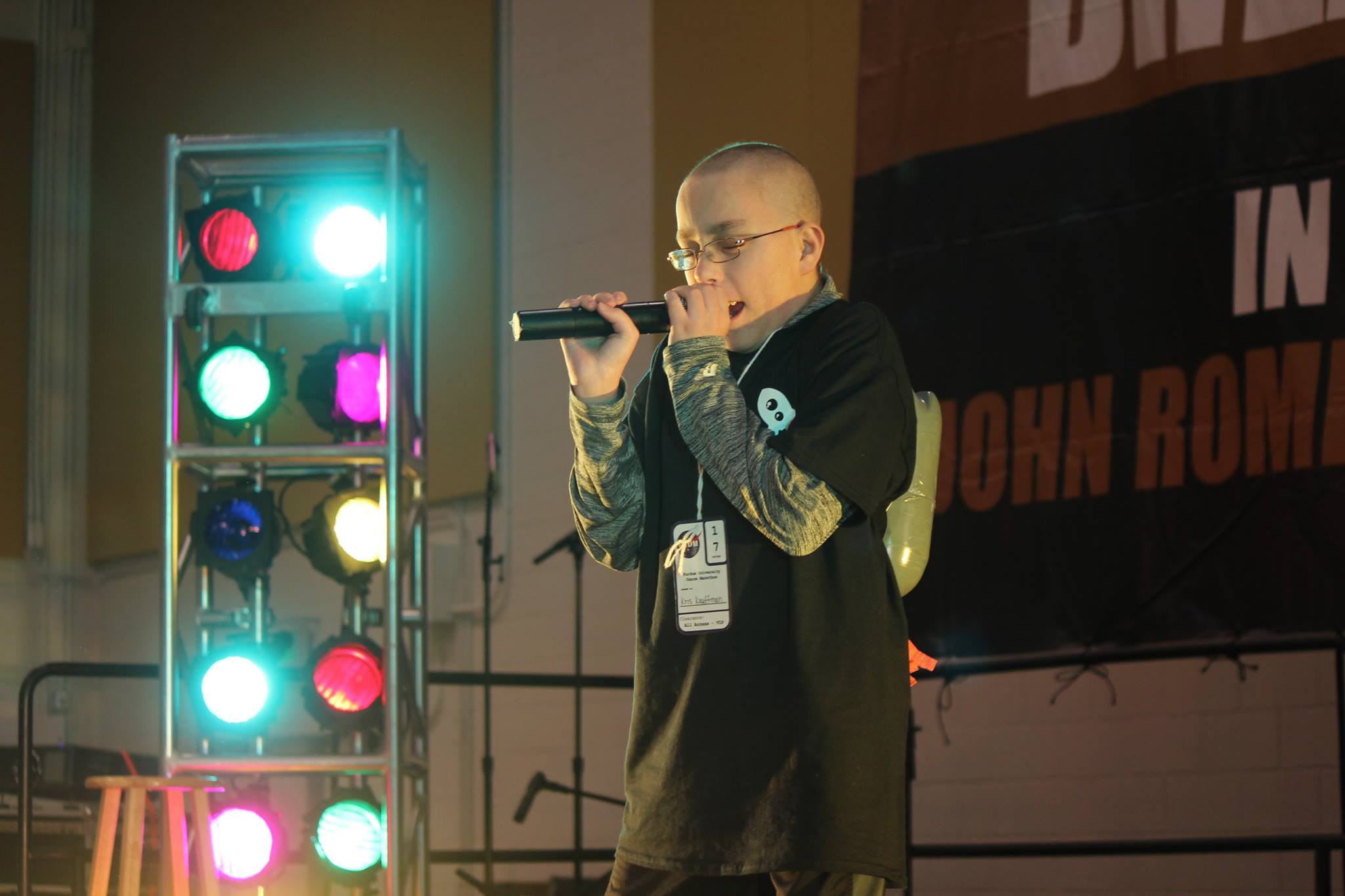 We decided that we wanted to have more children so knowing that having biological children would not be an option for us we decided to adopt another child.  Kristopher’s birth mother drank, smoked and did not have good nutrition during her pregnancy which caused Kristopher to be born 3 weeks premature and have several medical issues like an overall muscle weakness, vision problems and he was diagnosed with fetal alcohol syndrome.  Kristopher spent 11 days in the NICU because the doctors were afraid that he would not survive.  We had to feed him 2 to 3 ounces at a time several times a day just to keep enough food in his system to help him thrive.  We had him evaluated at 6 months old and found that he was not hitting the milestones that he should be.  They enrolled him in First Steps where he had physical, developmental, occupational and speech therapy every week.  He still has physical and developmental therapy through the school that he attends.

The first time we had him at Riley he had to see a plastic surgeon to have some surgery on one of his feet.  He needed to have this surgery so that he could get shoes on to start walking.  The next time we had him at Riley he saw a few doctors to talk about his small stature. We talked with the doctors at Riley about possibly doing growth hormones.  The doctor’s spent a lot of time with us talking about what would be best for Kristopher and we came away knowing that the very informed decision we made was the right one for Kristopher.
Kristopher still struggles physically and developmentally, but has made great strides.  Several of his teachers have commented that they have never seen Kristopher have a ”bad” day.  He has a real fighting spirit and never gives up.  He can always find a way to get accomplished what he needs to get done.
Riley Hospital has been a real God send for both of our children.  We can’t thank them enough for all they have done for our family.  Because of the wonderful care and support from the doctor’s and staff at Riley Hospital our sons have been allowed to grow into the happy and healthy young men they are today.