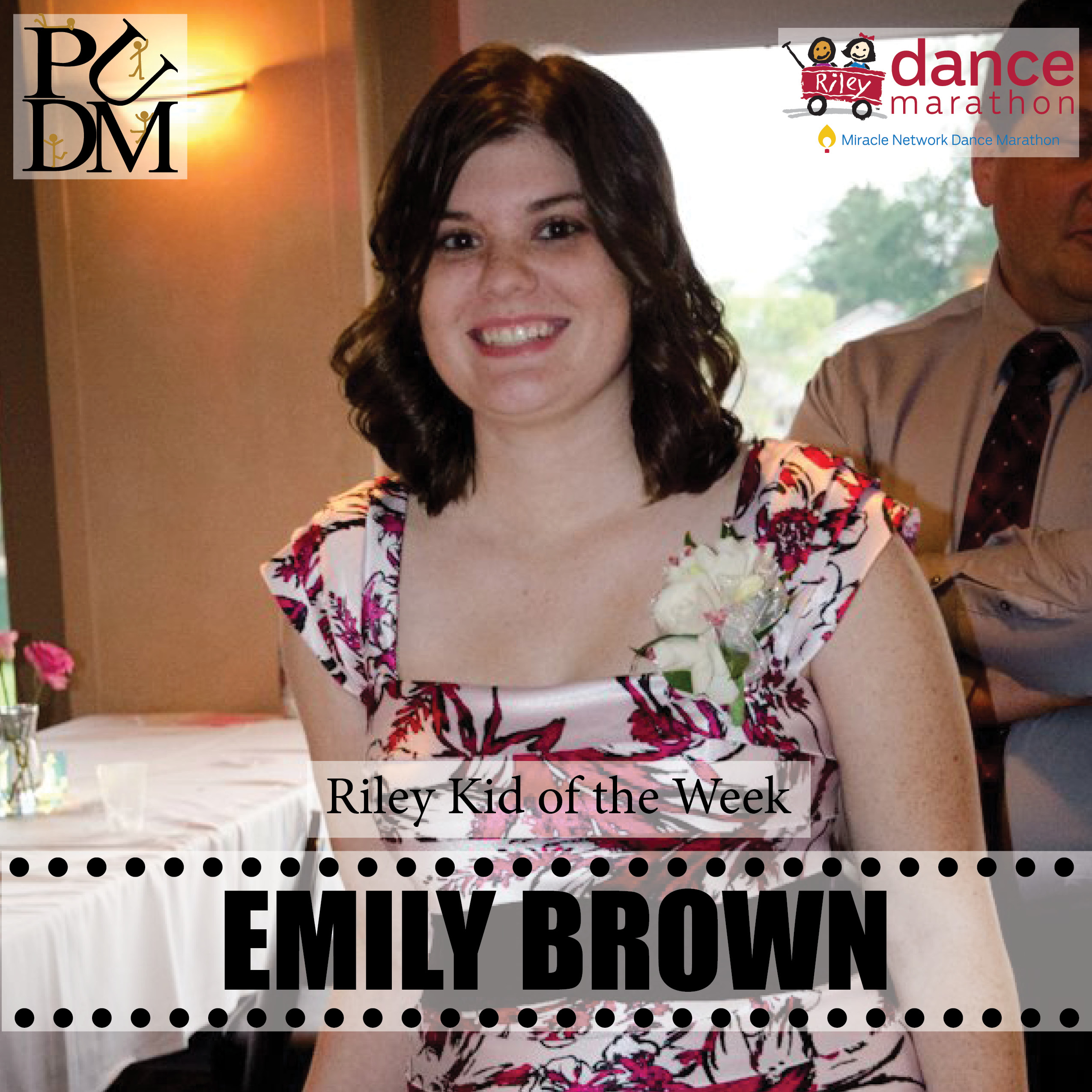 I was a pretty healthy kid up until my early teens.  Shortly before my 14th birthday I noticed my ankles were slightly swollen.  Within days they were extremely swollen and my eyes were starting to swell.  I went to my family doctor who ran lab work that indicated my kidneys were not working correctly and he sent my family and I straight to Riley.

We had my first appointment with the nephrology (kidney) team at Riley and they scheduled a kidney biopsy, which revealed I had an autoimmune kidney disease. Autoimmune means my body was attacking itself and in order to treat it I had to take medicines to suppress my immune system.

I was started on high dose steroids but, unfortunately, my disease was very difficult to treat and I had to have several months of daily chemotherapy as well and was on immunosuppressant medications for years. The medications I took had many side effects and I developed glaucoma, diabetes, and nerve and muscle damage. I was implanted with a spinal cord stimulator (a battery in my lower back connected to electrodes that go inside my spine. The battery sends electrical current along my spinal cord to help “turn off” the nerve pain) to help manage chronic pain caused by chemotherapy.

I missed an entire school year and was frequently absent from school.  I had many hospitalizations at Riley throughout my treatment. My doctor at Riley was incredible and, despite having ongoing complications of my illness and it’s treatment, I have been in a remission from my illness for several years and have gone on to have an incredible life and do things I never thought would be possible, like graduate from college, travel internationally, and become a foster parent.  I am forever grateful for the care I received and will always be a “Riley kid” first and foremost.

I graduated from IUPUI with a Bachelors and Masters degree in Social Work. I recently started a new job with Big Brothers Big Sisters of Central Indiana. I also recently began fostering a 2 year old little boy. I have a younger sister, Katie, who attends Purdue and is involved with PUDM.