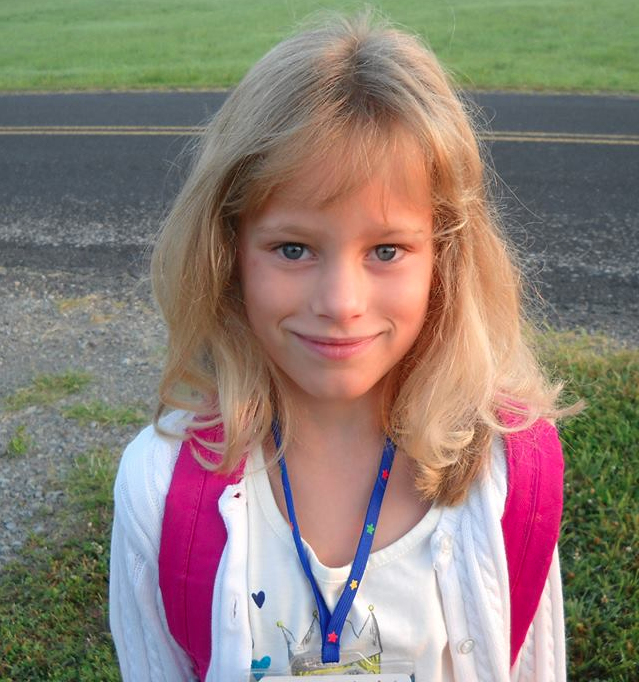 Our first Riley Kid of the Week for this summer is Olivia Lautzenhiser! Olivia has been to PUDM before and we look forward to seeing her again at the marathon this year! Her story is told below.

When Olivia was only three hours old, she was taken by ambulance to a hospital in Fort Wayne, Indiana because her lung had collapsed and she was having trouble breathing. She spent time in the NICU at Lutheran Hospital and was hooked up to multiple monitors. She was finally released after eleven days. She came home on an apnea and heart monitor. She was later diagnosed with reflux and began taking medicine, which helped a lot.

At nine months old, Olivia still seemed behind and was not lifting her head yet and could not crawl. Olivia’s mother asked her pediatrician to run a few tests to try and help Olivia but her doctor kept saying that Olivia was just delayed and that she would catch up. However, Olivia’s mom had found a syndrome that fit so many of her symptoms but her pediatrician was convinced that she did not have it.

When Olivia was one year old, her mother asked for a referral to First Steps, Indiana’s early intervention program. Olivia qualified for physical therapy, occupational therapy, speech therapy, and developmental therapy. She finally started crawling at 17 months. At her two-year check up with her pediatrician, her mother asked for a referral to Riley Hospital for Children because Olivia still was not walking and her parents were concerned.

Dr. Stanley, a developmental pediatrician at Riley, listened to Olivia’s parents. He agreed that there was something wrong with Olivia. Two weeks later, the results were in. Olivia has 5p-syndrome, also known as Cri du Chat, which is the syndrome that Olivia’s mom originally suspected that she had. Olivia is missing part of her fifth chromosome. She still has low muscle tone but she does gymnastics! She has some processing delays but she is excelling in school.

Olivia is doing what we all do just with less DNA. Olivia’s parents thank Dr. Stanley and Riley Hospital for Children for saving their sanity. They treated Olivia and her family like they mattered, like they were more than just a patient number.

Olivia’s parents are thankful to PUDM for all that we do to raise money and for making all of the Riley kids feel so special every single day.

We hope Olivia and her family have a wonderful summer and we look forward to seeing them soon!