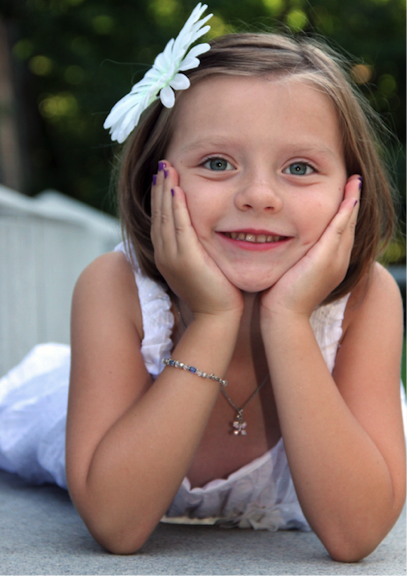 The Riley Kid of the Week for this week is Ella McBride! Ella and her family are very involved with PUDM and we love spending time with them. Ella loves to dance and our Riley Development Executives had the chance to see her perform at her very first dance recital in May! Her Riley story is told below.

From the time Ella was 6 months old, she had stopped growing and was not hitting milestones. On July 31st 2006, Ella was finally admitted to the hospital and was in heart failure and had a dangerously high blood pressure. After about two weeks of testing, the doctors found that Ella had a narrowing in her abdominal aorta and narrowing’s in her renal arteries going to her kidneys. Her left kidney was not functioning well at the time. With medicine, her heart began to get stronger and when she was 15 months old, she had her first surgery, which saved her life. The doctors opened up the narrowing to allow normal blood flow.

After her first surgery, Ella had other complications and a blood clot developed in the graft they had placed in her left kidney, so her left kidney stopped working and as she grew, the narrowing to the right kidney returned so she needed multiple balloon procedures to her right renal artery. However, after two balloon procedures, her right kidney stopped growing. Her doctors decided that an auto kidney transplant for the right kidney and complete removal of the left kidney would be the best option. This was the first time that Riley had performed an auto kidney transplant on a child. The doctors felt that it would be best to have a match in place as a back up plan in case the surgery did not work. Luckily, Ella’s mother was a match.

In October 2011, Ella had the surgery. A half-hour after the surgery was completed, Ella’s ultrasound looked great and her new kidney was functioning. The surgery was a complete miracle. The several days following surgery were challenging for Ella, but she overcame.

Ella will always have follow up visits at Riley and until she stops growing it is impossible to know if she will need another surgery on her abdominal aorta and she will most likely need a regular kidney transplant sometime in her life due to her kidney being under so much stress throughout her life.

We hope that the McBride family is enjoying their summer and hopefully we will see them soon!