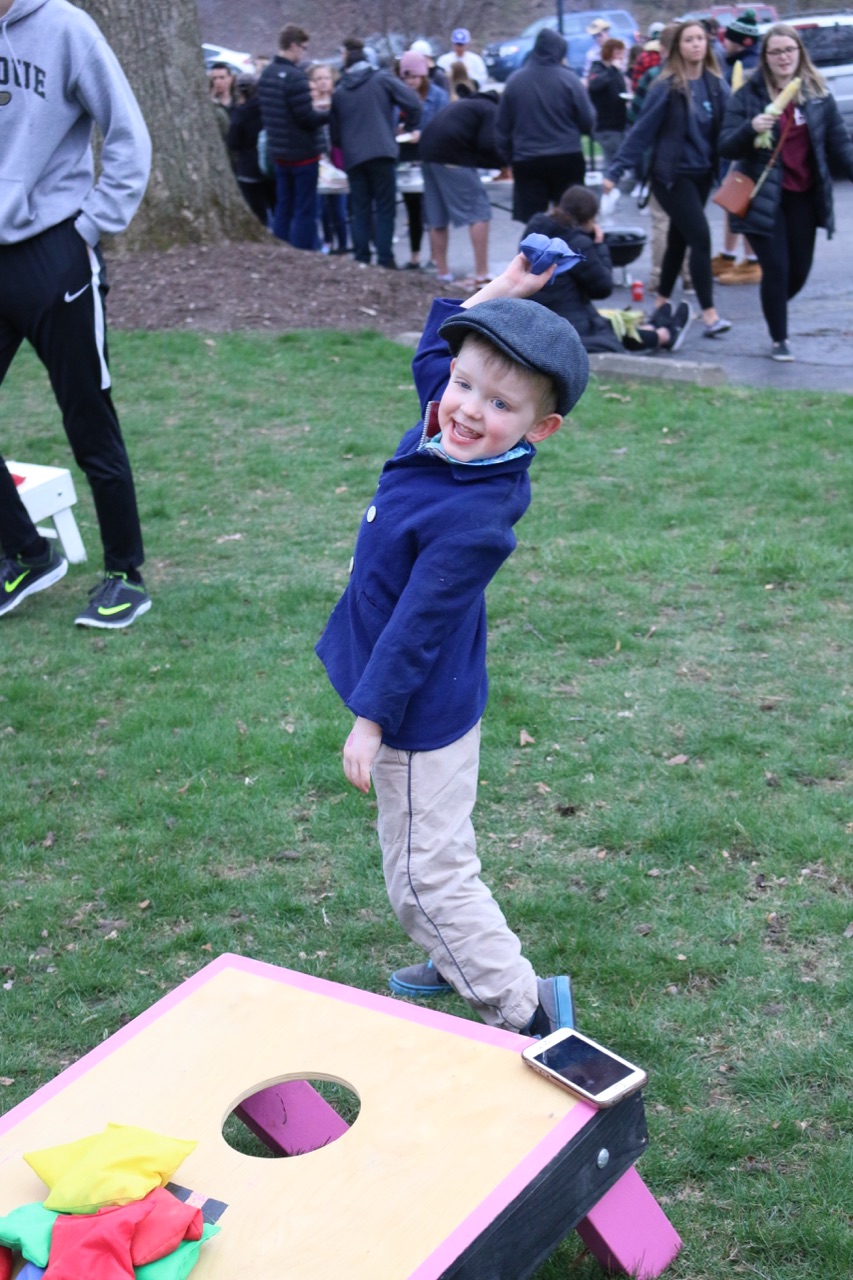 Cecil was born in the summer of 2013. When he was 3 months old we began noticing some breathing problems. He would wheeze a lot of the time. His pediatrician gave him some antibiotics to try, and then some others, and then a Nebulizer with several different medications, and on it went with no impact. We thought it might be something that would clear up when the weather warmed up, but a stint in Florida showed no change either. At the end of February, 2014, he started frequently having a very red, but cold, right arm and hand. His pediatrician could come up with no explanation, and several others weighed in also, all clueless. She suggested getting an x-ray to check things out, but as we pay for all medical expenses out of pocket, and the hand didn’t seem to ‘bother’ Cecil, we forego pursuing it further.
On March 3, 2014, Cecil began coughing and wheezing really badly. He was literally struggling to breath. Nothing seemed to help him, and we kept watch over him for most of the night to make sure he continued breathing. We should’ve rushed him into the hospital then, but, we didn’t. In the morning, his pediatrician, after several failed attempts at trying to relieve him with a Nebulizer treatment, sent him to the hospital. The local hospital slowly got an IV started, tried Nebulizer treatments (Again!), and finally got an X-Ray. As soon as they got those results, they called for a Lifeline to Riley Hospital. They would not tell us what was going on. One nurse said they thought he might have pneumonia.

When we arrived at Riley, they told us that they initially thought he might have Tuberculosis, and had him isolated because of that. However, what he did have was a large tumor, and they were not sure what it was. The tumor was blocking off his trachea, which was only open 1 mm at that point. His little body had grown around the tumor; his heart wasdisplaced, his trachea was moved to the side. They could do nothing to help him until they could identify what kind of tumor it was. The doctor in the PICU told us he wasn’t sure if Cecil would make it through the night. It was the scariest night of our life.
On March 5 they took a biopsy of the tumor, but they could not put him under because of his compressed trachea. Three miserable days later we finally got the results: it was cancer: Neuroblastoma, originating from his spine, and filling his chest cavity. That same day they started him on chemotherapy.

We went through 4 rounds of chemotherapy with Cecil between the ages of 7 and 9 months.  Losing hair, throwing up all his meals, dipping down below 3% for weight, hooking him up to a pump for medication everyday to try to help his counts stay up. I was running back down to Riley at least once a week for one thing or another; another dose of chemo, a clogged PICC line, a stitch coming out… They got our hopes up after 2 rounds of chemo that they might be able to operate, but then they ended up wanting him to go through 2 more. They initially couldn’t operate because the tumor was so large, and was entwined with so many organs and nerves and arteries.

May 27, 2014 Cecil had open heart surgery to remove the tumor. Somehow I had enough faith in the Doctors that I really wasn’t panicked all day. They got the tumor out and in the end didn’t have to sacrifice any nerves to do it! We were at Riley for about a week that time. Our longest solid stint at Riley was 3 weeks, and the McDonald rooms are such a blessing.
We are so extremely blessed to now have a CANCER FREE, happy little boy. First Steps helped us out to get him back on track with his physical development; as we had an immobile 1 year old when this was all over.

On June 9th 2015, we were blessed with another baby boy named Hugo. He is healthy and full of smiles!

Nowadays, you can find Cecil on the dance floor or sitting at a piano. He’s got some killer moves and loves to show off! Hehas annual checkups at Riley to watch his growth patterns and to check for side effects of chemo. We are so grateful to have two healthy boys who fill our life with so much joy!