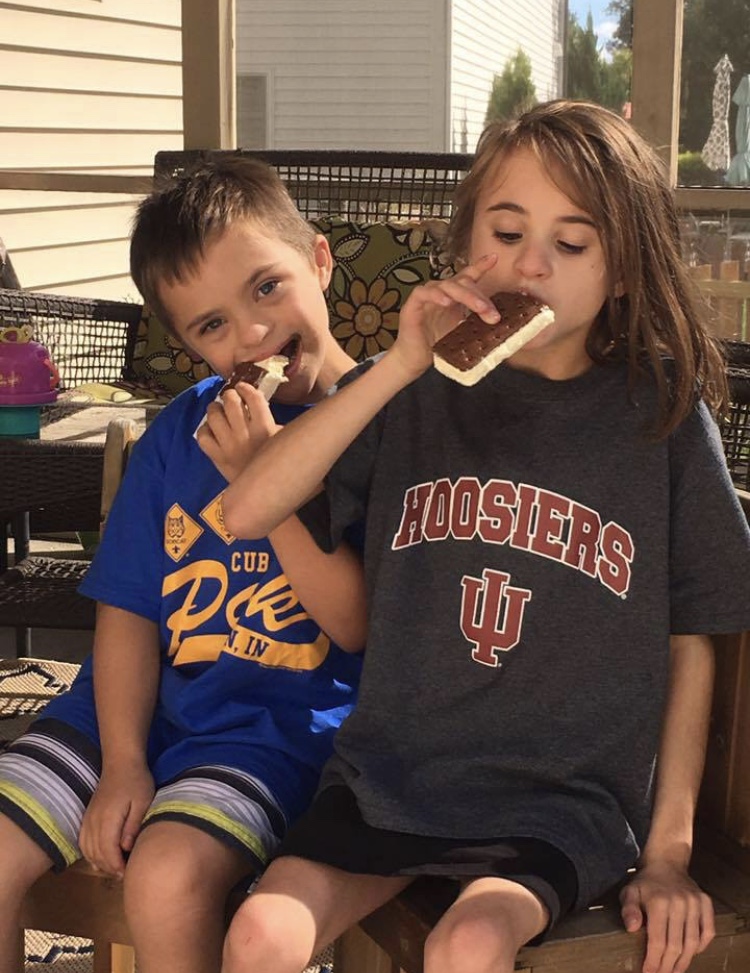 Makenna’s Riley Story:
Makenna was born 45 minutes after her baby shower at 3 months premature. She was born 1 pound 6 ounces and 11 inches long. We had an emergency c-section at our local hospital and then she was rushed to Riley and placed in the NICU. She spent 87 days in the NICU with many ups and downs and scary moments.
She was discharged on her due date and came home on oxygen and an NG feeding tube (nose feeding tube). 3 weeks after coming home the day after Christmas she had cardiac arrest and was back in the Riley ER receiving full support to bring her back. She then stayed for 30 days in the PICU at Riley where they tried to figure out what was wrong with her and how to help her. Makenna was back on a ventilator and a very sick baby, we were terrified. After 30 days she was back on a small amount of oxygen and released to us. Right before her first birthday we decided her eating wasn’t progressing as quickly as we had hoped so we opted to have a G tube put in (feeding tube in her belly).
In 2009 we moved to Baltimore Maryland to attend an intensive inpatient feeding therapy program for 8 weeks. Makenna was an inpatient and we rotated staying with her in the hospital as I never leave her alone in the hospital, just as my parents always stayed with me. We go in as a family and we leave as a family. While in feeding school Makenna gained lots of oral motor skills and progressed very well.
Today, she is a vibrant young girl who loves life and her brothers. Due to Makenna’s difficult birth and time in the hospital she has the following diagnosis, prenatal stroke believed to have occurred during the second trimester, Cerebral Palsy, Apraxia, and general developmental delays.
Maison’s Riley Story:
We found out we were pregnant with Maison at Makenna’s 1st birthday party. We were very excited but very scared. Because of Makenna’s preterm birth I was followed very closely. At 13 weeks I had a detailed ultrasound, which raised some red flags to our specialist. At 17 weeks we had an amniocentesis and at 19 weeks were told Maison had Down syndrome and an inversion in his number 2 chromosomes. Basically his number 2 chromosomes split in half, flipped and then re fused back to gather. They had no idea what this would mean and warned us that he could spontaneously abort at anytime during the pregnancy. We were hopeful he would make it to term and be born healthy.
Maison was born on time and weighed 5 pounds 15 pounces, the same weight Makenna was discharged home at and the same weight of Mom Traci and Grandma Debby. We think that’s a really cool thing!! Maison was treated at the special care nursery at University Hospital connected to Riley due to his low heart rate and oxygen needs. He came home about a week later on oxygen and eating from a bottle. Over the next few months Maison underwent sleep studies and monitoring on his oxygen. After a few months he came off the oxygen and was really very healthy. We have been so lucky with his health and feel very blessed. Maison is full of energy and has a personality that glows!!!!!