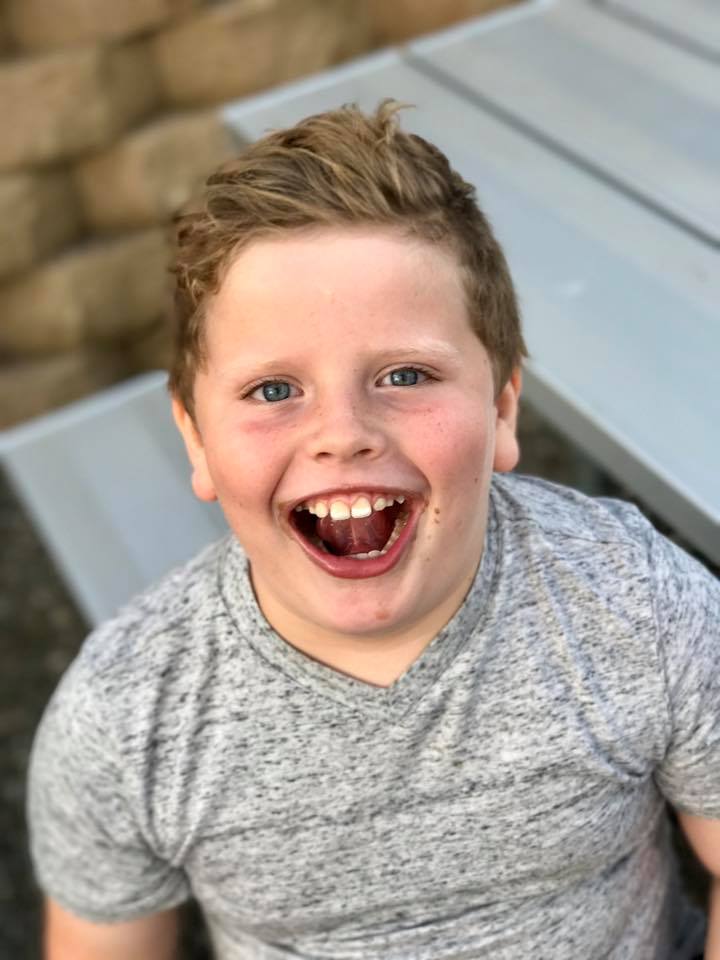 Zane was diagnosed at 9ms old with what could be a life threatening AVM. He was referred to Riley Childrens hospital at that time. We were seen by Neurosurgery and told that it was probably just artifact on the scan as this wouldn’t typically present on a CT. At that time he was scheduled for a couple of days later to have an MRI/MRA. Before he was even into recovery (he had general sedation for the scans) Riley hospital had already put together a team of physicians to treat him both at Riley and Methodist. We had no idea what a turn our lives and his would take in those next several days/weeks and no years. That day when we were on our way home to try and get affairs in order and prepare the other kids for what was to come with him he had his first seizure at a speedway in Lafayette. We immediately turned around and went right back to Riley. He was admitted and kept for the next 2 days. We were released to take him home and “love our baby” because when we would return in just 4 short days they could not promise us he would make it through the surgery or what the outcome would be if he did. He has since been followed at Riley for the last 8yrs. We have an amazing team of Drs there who without them we would not have our sweet Z now. They and really all of the staff at Riley have gone above and beyond to make sure that all of our needs both medically (and even emotionally as we navigate this journey) are met. Zanes Neurosurgeon there never gave up on finding out what caused this to happen with him. The normal population only 1% will ever have an AVM. Zane has multiple They are in his liver, lungs, digestive tract and brain. Because of this he suffers from multiple complex and partial seizures as well as asthma and often headaches. He is an amazing little guy who is full of so much love and curiosity. We are fortunate enough thanks to the care at Riley to be able to see a bright future for him. Something at one time we weren’t sure he would have. He will continue to be seen at Riley throughout his lifetime, until a time comes when he moves on to adult specialists. I can honestly say they don’t “dread” going to their appointments there. They know that while sometimes it’s not comfortable all the things they endure the care and team will always be kind and compassionate.