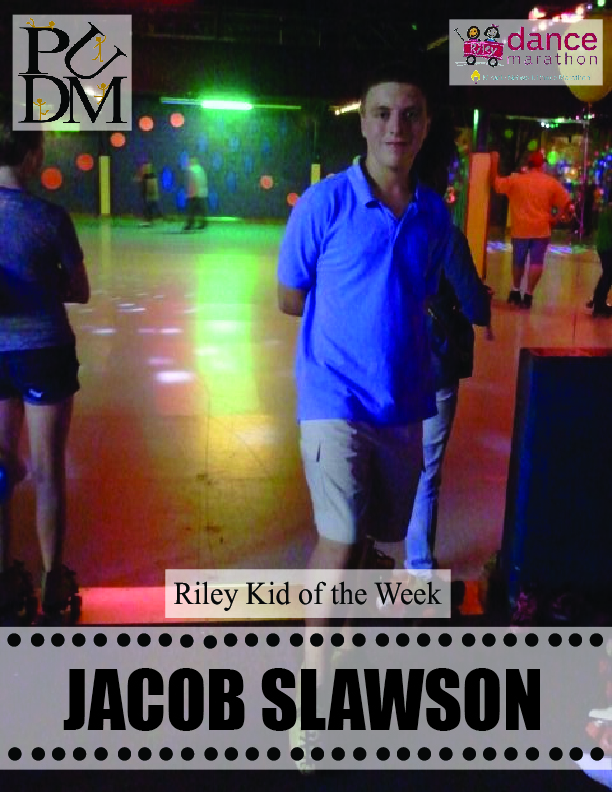 Jacob was born three weeks premature on July 9th, 1999. Within a week he had lost weight and was hospitalized with Jaundice. In addition, he also had lactose intolerance, causing him to have problems digesting milk. He was able to overcome these complications at birth but his home life was characterized by uncertainty. Jacob has had a very hard family life because his biological parents were not equipped to take care of a newborn with health problems. Due to the instability at home and severity of Jacob’s medical condition during infancy, his grandmother, Brenda, took guardianship of Jacob when he was three weeks old.

Throughout the first few years of Jacob’s childhood, we began to notice signs of autism. He was formally diagnosed at the age of seven and was taken to Riley with Mild Autistic Spectrum Syndrome. Jacob has received great treatment from Riley and has learned to adapt to his specific case of autism. He loves animals, swimming, exercising, bowling, roller-skating, biking, and playing the wii. While Jacob does not like to be touched, he is a very happy child with a lot of love to give and sometimes accepts hugs as “punishment” for being good. Jacob and his family are very grateful for the help Riley has given them and hope to contribute in any way to Dance Marathon’s efforts.