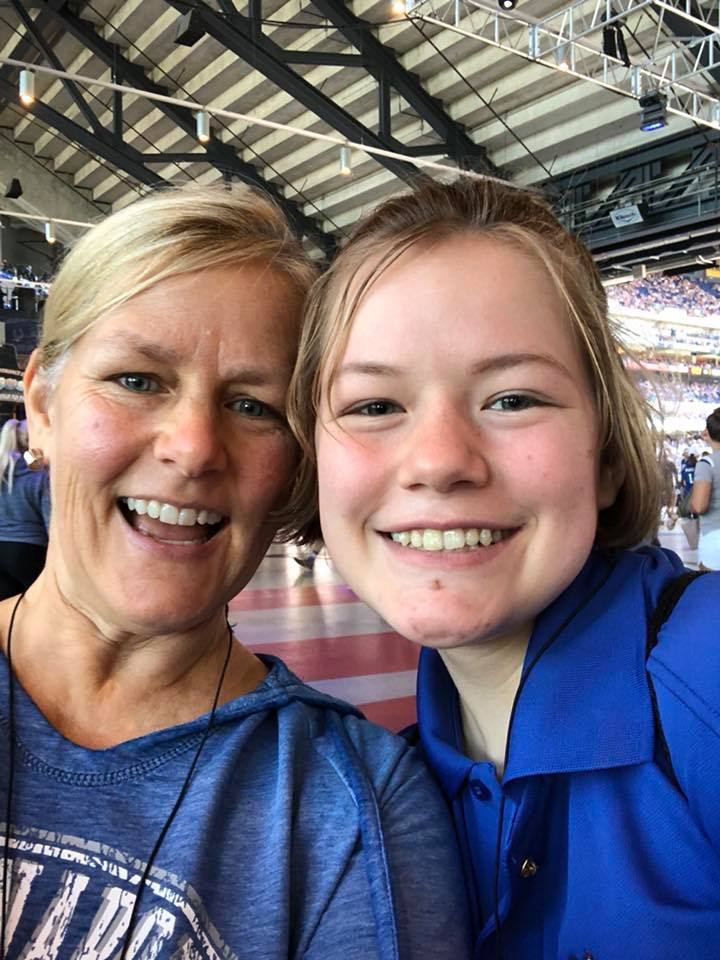 Historically, the month of August hasn’t been lucky for the Malone family. Middle brother Eric broke his arm in August 2009, and younger sister Kate was diagnosed with type 1 diabetes in August 2012.

So, when August 2016 progressed without any emergencies for the West Lafayette family, mom Sara and stepdad Doug were cautiously optimistic. What hadn’t yet become clear was just how tired Kate, then 13, got during back-to-school shopping, or that an infection where she injected her insulin was getting worse.

“We reasoned away all of her symptoms,” Sara recalls. “Kate was tired, but she had a cold. We went to the pediatrician’s office twice that month, we got antibiotics, and things would get better.”

But when her infection got worse, Kate was taken to urgent care and then to the local emergency room, where doctors ordered her airlifted to Riley Hospital for Children at Indiana University Health.

“My blood pressure had dropped, and they were concerned about septic shock,” Kate remembers. “It wasn’t until later that we learned if I’d waited until the next morning to see a doctor, I probably wouldn’t be here.”

At Riley, Kate was diagnosed with the most common type of childhood leukemia. Acute lymphoblastic leukemia causes white blood cells to turn cancerous and multiply rapidly. She began treatment immediately, but the process was complicated by her type 1 diabetes.

“When a patient is insulin-dependent, like Kate, it makes it very tricky because a lot of the treatment is steroid-based, and that would make her blood glucose go very high,” says Riley Pediatric Hematologist-Oncologist Sandeep Batra, M.D.

One of Kate’s favorite outlets at Riley was art therapy, a program funded by Riley Children’s Foundation donors. “I think Kate’s natural reaction was to put on a brave face for everyone, but when we worked together, she didn’t need to do that,” says Riley Art Therapist Cassie Dobbs. “She could let loose and maybe be a little sad, because at times, she was.” Dobbs nominated Kate for the Riley Champions program because of her perseverance, and her willingness to speak publicly about her cancer journey in order to help others.

After a month at Riley, Kate returned home and has continued treatment for two years, catching a few hours of school and dance classes as she was able.   This August finally brought good news for the family. Kate, now 15, returned to school full time, and she’s almost done with treatment. “I’m just super glad test results show I’m in remission,” she says. “I’m ready to get back to everything.”