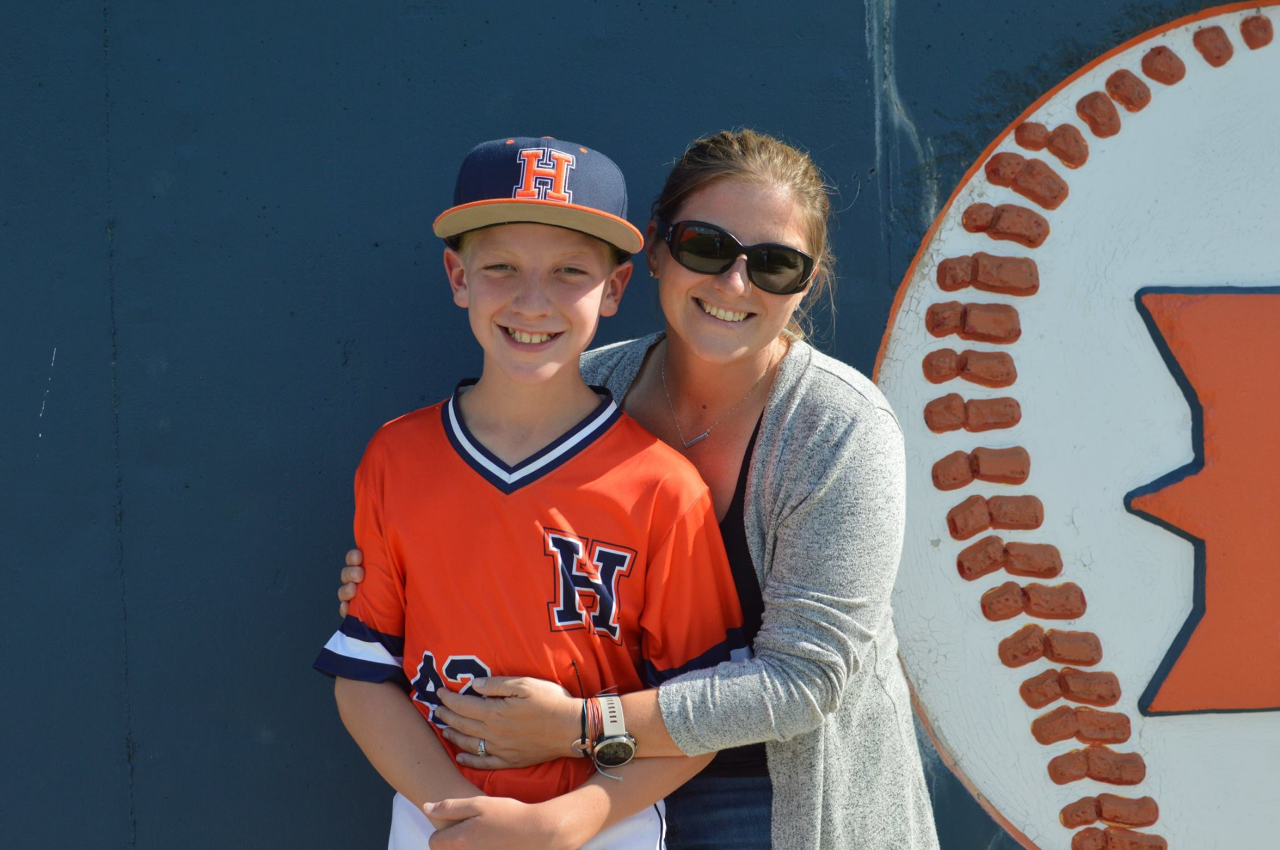 Carter is now a healthy 14 year old who likes sports, running, and video games, but when he was five he faced severe health risks after an H1N1 infection. Riley saved Carter from respiratory failure and the other life-threatening conditions caused by the infection, so now Carter enjoys giving back to Riley in any way he can. He has raised over $19,000 for Riley, and this year as a freshman at Harrison High School, he helped put on their dance marathon this past Friday! Learn more about Carter by reading his story as told by his mom:

“On October 7, after dealing with a high fever and cough for a couple of days we decided to take our 5-year-old son Carter to the doctor.  Carter was immediately seen, given a breathing treatment and then had a few other tests done.  The doctor said that he knew before even doing the tests that he would be admitting Carter to the hospital.  Carter was having a lot of trouble breathing and after testing positive for H1N1 the doctor feared that he may have a secondary bacterial pneumonia infection.
We made our way to Home Hospital on the East side of town.  Over the next 12 hours, Carter’s condition quickly became much worse and we knew something more had to be done.  The doctor came to the hospital, did his examination and then said “Your son isn’t going to make it.  He needs more than what we can give him.  A helicopter will be here in 20 minutes to transport him to Riley Hospital in Indianapolis.”

The doctor feared that Carter had worked so hard to breathe for hours that there was a strong possibility he could stop breathing and need to be intubated and need further assistance.  The hospitals here in Lafayette are not equipped to handle severe situations like this.

Carter was placed on the helicopter and flown immediately to Riley.  My husband and I sped as fast as we could to the hospital to meet him there.  Carter was admitted to the PICU and the doctors worked tirelessly to find the right combination of meds and breathing machines to help him.

The doctors and nurses at Riley were very helpful with our stay there. The doctors were very knowledgeable, but explained things in my terms so that I would understand.  The nurses were very helpful in many ways.  I also have a 12-year-old and an 8-year-old.  I was still nursing my youngest and they took no time at all to provide me with bottles to store my breast milk in.

Carter is committed to giving back to Riley Hospital and helping families currently there. Over the past six years, Carter has raised over $19,000 for Riley. Thank you for all your support!!!!”