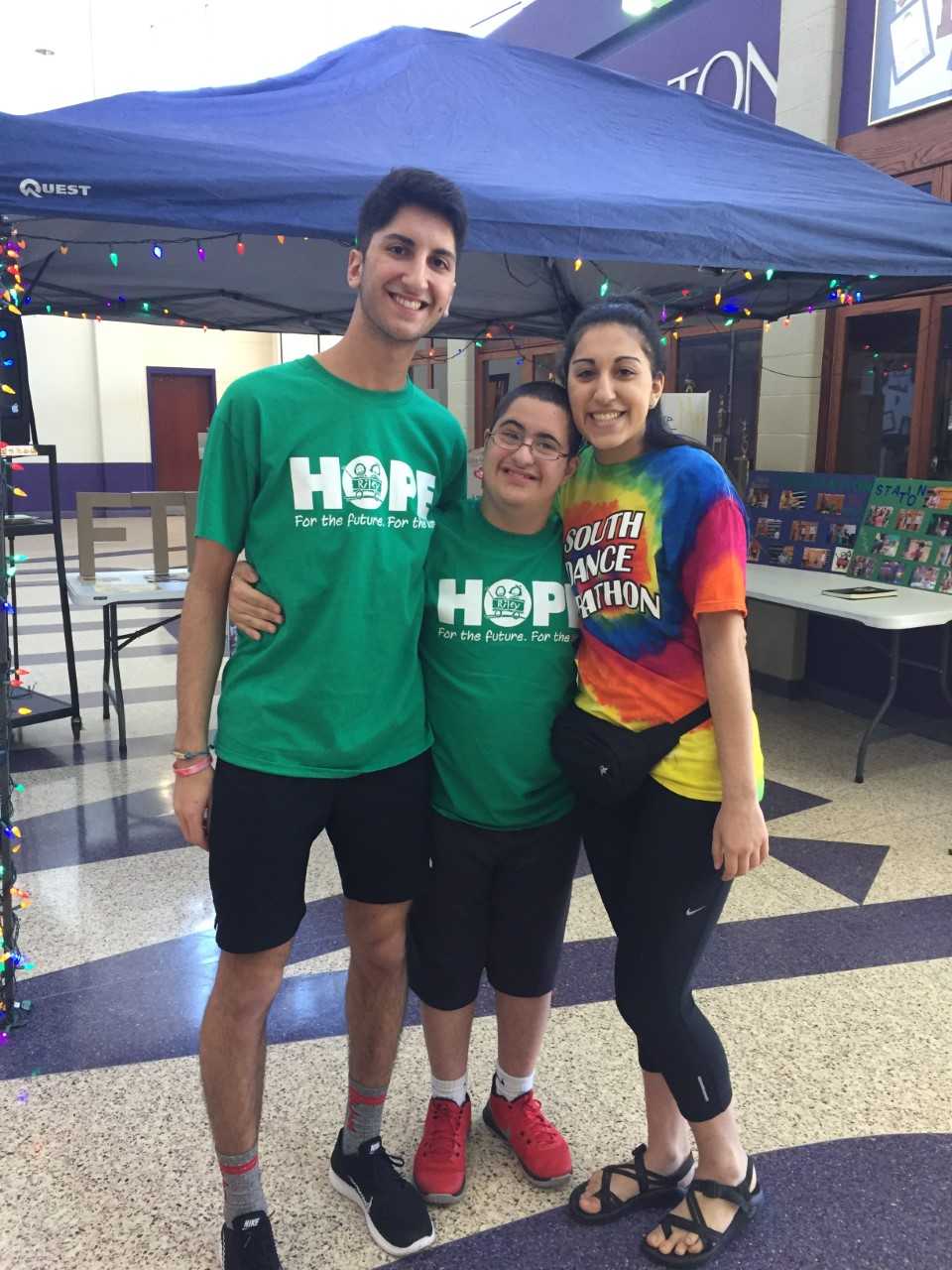 Adam was born in Bloomington, Indiana. After he was born, the doctor noticed he had quite a bit of fluid in his lungs. They kept him in the NICU for the first day, and when the fluid was still there the next day, they did an MRI, which determined that he had duodenal atresia (his stomach was not connected to his lower intestine). At that point, he was rushed to Riley Hospital. The surgeon decided that he would have surgery the next day to repair his duodenal atresia. The doctor also told us that this type of birth defect was a characteristic of Down syndrome, so they ran tests to determine if Adam had Down syndrome. Without Riley Hospital and the amazing surgical staff, Adam would not be here today. They saved his life. The surgery took place on Friday and we learned that he did, in fact, have Down syndrome that next week. Adam was at Riley for about 2 weeks. He was in the NICU to start with and then was moved to a regular room. They would not release Adam until he started to gain weight. Finally, after those 2 weeks of slowing gaining weight, we were allowed to go home. We did return to Riley for follow up appointments for the next few years. We are very thankful for Riley Hospital, its doctors and staff for all they did for us during that time in our lives.