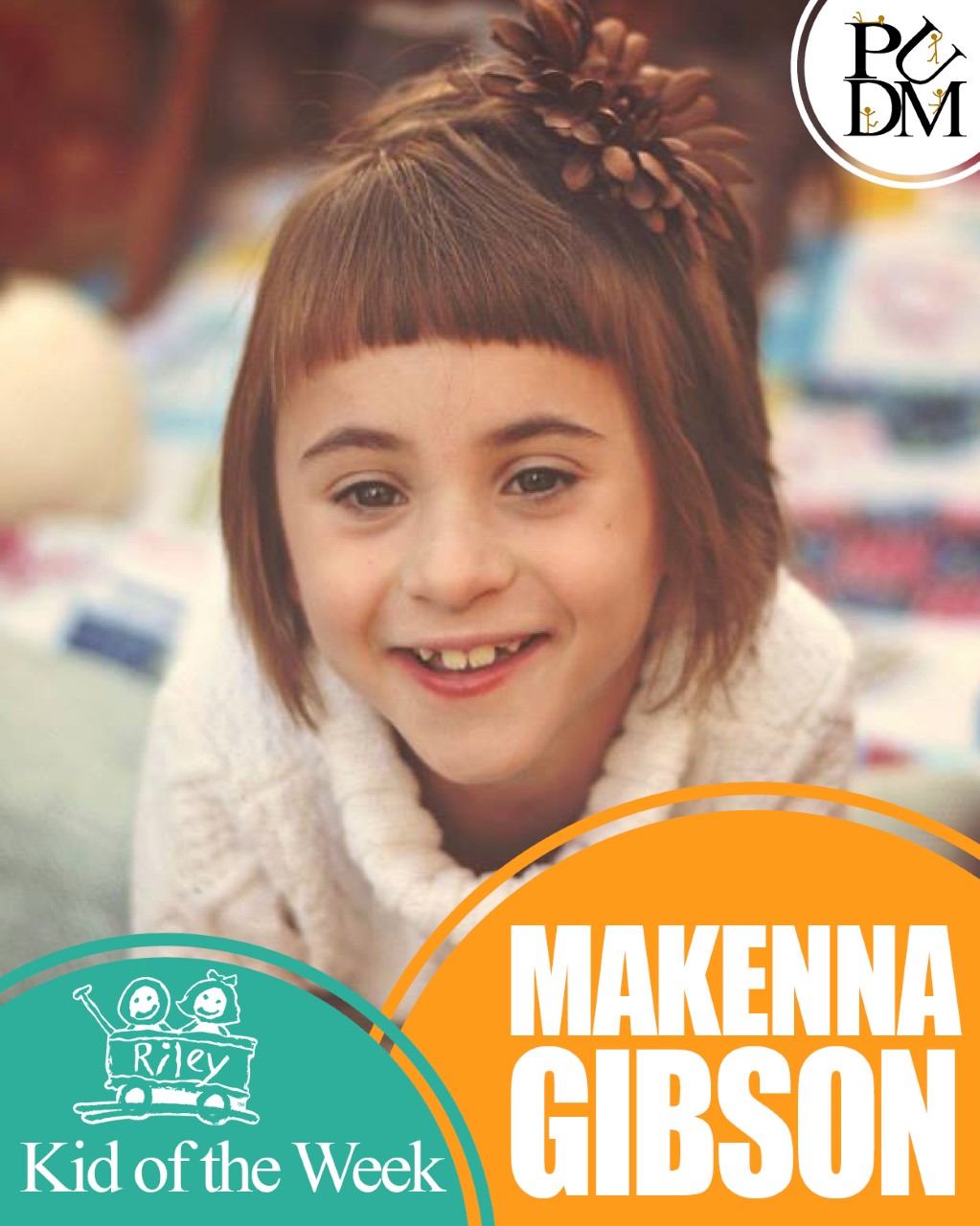 Makenna was born 45 minutes after her baby shower at 3 months premature. She was born 1 pound 6 ounces and 11 inches long. We had an emergency c-section at our local hospital and then she was rushed to Riley and placed in the NICU. She spent 87 days in the NICU with many ups and downs and scary moments.

She was discharged on her due date and came home on oxygen and an NG feeding tube (nose feeding tube). 3 weeks after coming home the day after Christmas she had cardiac arrest and was back in the Riley ER receiving full support to bring her back. She then stayed for 30 days in the PICU at Riley where they tried to figure out what was wrong with her and how to help her. Makenna was back on a ventilator and a very sick baby, we were terrified. After 30 days she was back on a small amount of oxygen and released to us. Right before her first birthday we decided her eating wasn’t progressing as quickly as we had hoped so we opted to have a G tube put in (feeding tube in her belly).

In 2009 we moved to Baltimore Maryland to attend an intensive inpatient feeding therapy program for 8 weeks. Makenna was an inpatient and we rotated staying with her in the hospital as I never leave her alone in the hospital, just as my parents always stayed with me. We go in as a family and we leave as a family. While in feeding school Makenna gained lots of oral motor skills and progressed very well.

Today she is a vibrant 6-year-old little girl who loves life and her little brother. Due to Makenna’s difficult birth and time in the hospital she has the following diagnosis, prenatal stroke believed to have occurred during the second trimester, Cerebral Palsy, Apraxia, and general developmental delays.