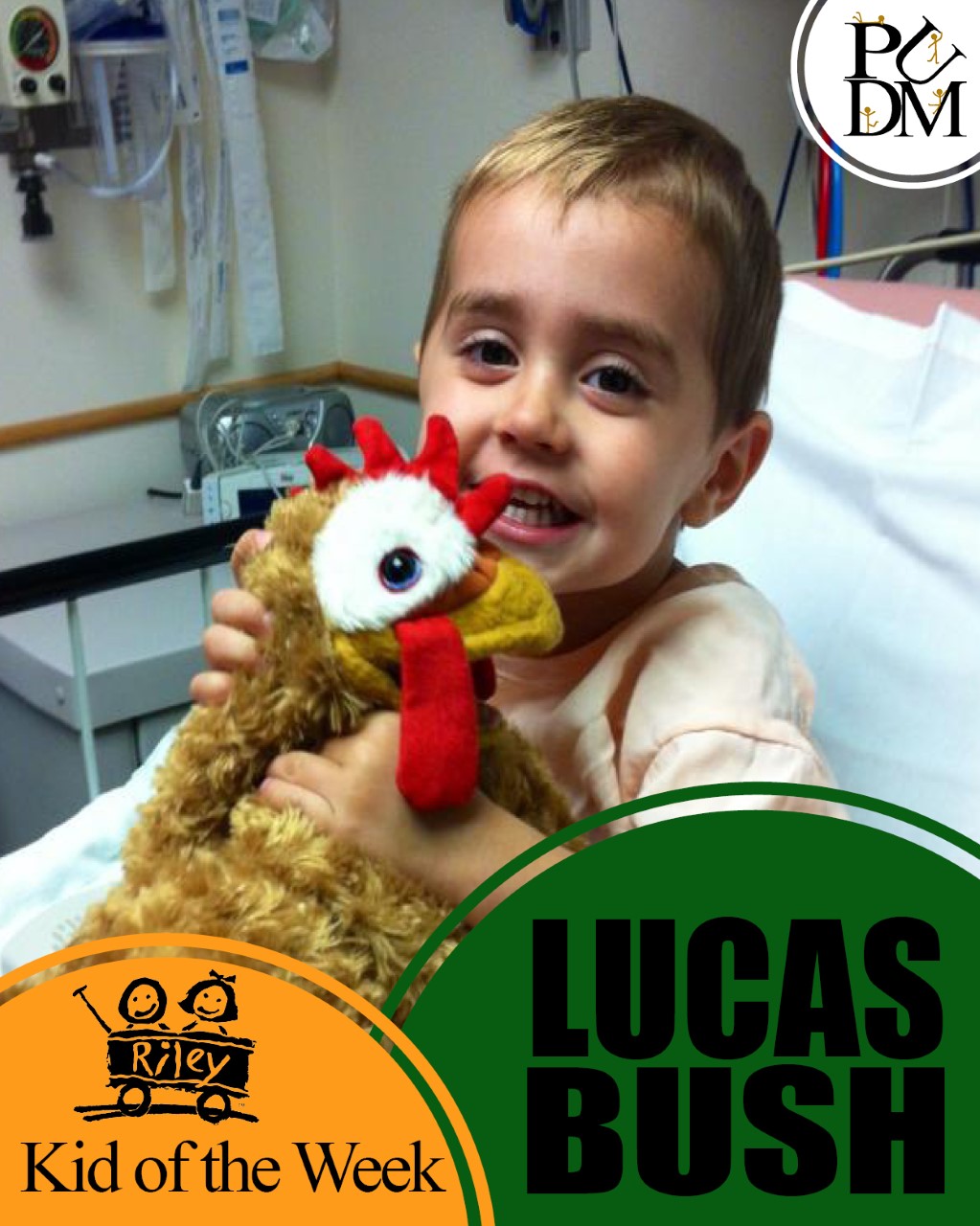 In April 2013, Lucas (then 2 years olds) developed a bump on the side of his head, near his right ear and temple. After an ultrasound showing swollen lymph nodes and a round of antibiotics, a CT scan was performed at Lafayette’s IU Hospital. On Monday, April 29, 2013 the scan showed a mass growing on Lucas’s skull. Our pediatrician immediately set us up for further testing to be done the next day at Riley Hospital. Dr. Lee (our pediatric hematologist oncologist) and several great nurses called to prepare us and give us an idea of what to expect.

When we arrived at Riley, everyone was so helpful and informative. We met with Dr. Lee, who is so amazing, and a biopsy was performed that afternoon. On Friday, May 3rd, we received the diagnosis of Langerhans Cell Histiocytosis (LCH), a very rare disease where certain white blood cells grow out of control and multiply quickly. Thankfully, the prognosis was good. Lucas’s treatment plan started with chemotherapy once a week for six weeks, and then once every three weeks for a total of twelve months.

On Monday, May 6th, Lucas’s port-a-cath was implanted and he received his first Vinblastine treatment. Within a couple of weeks, the mass had gone down. By the 6th week, another CT Scan determined the mass was gone and the bone was healing.

Lucas never ceases to amaze us by his strength and joyfulness. We are so thankful for Dr. Lee, the entire pediatric Hematology Oncology team and all of Riley’s many great doctors and nurses!