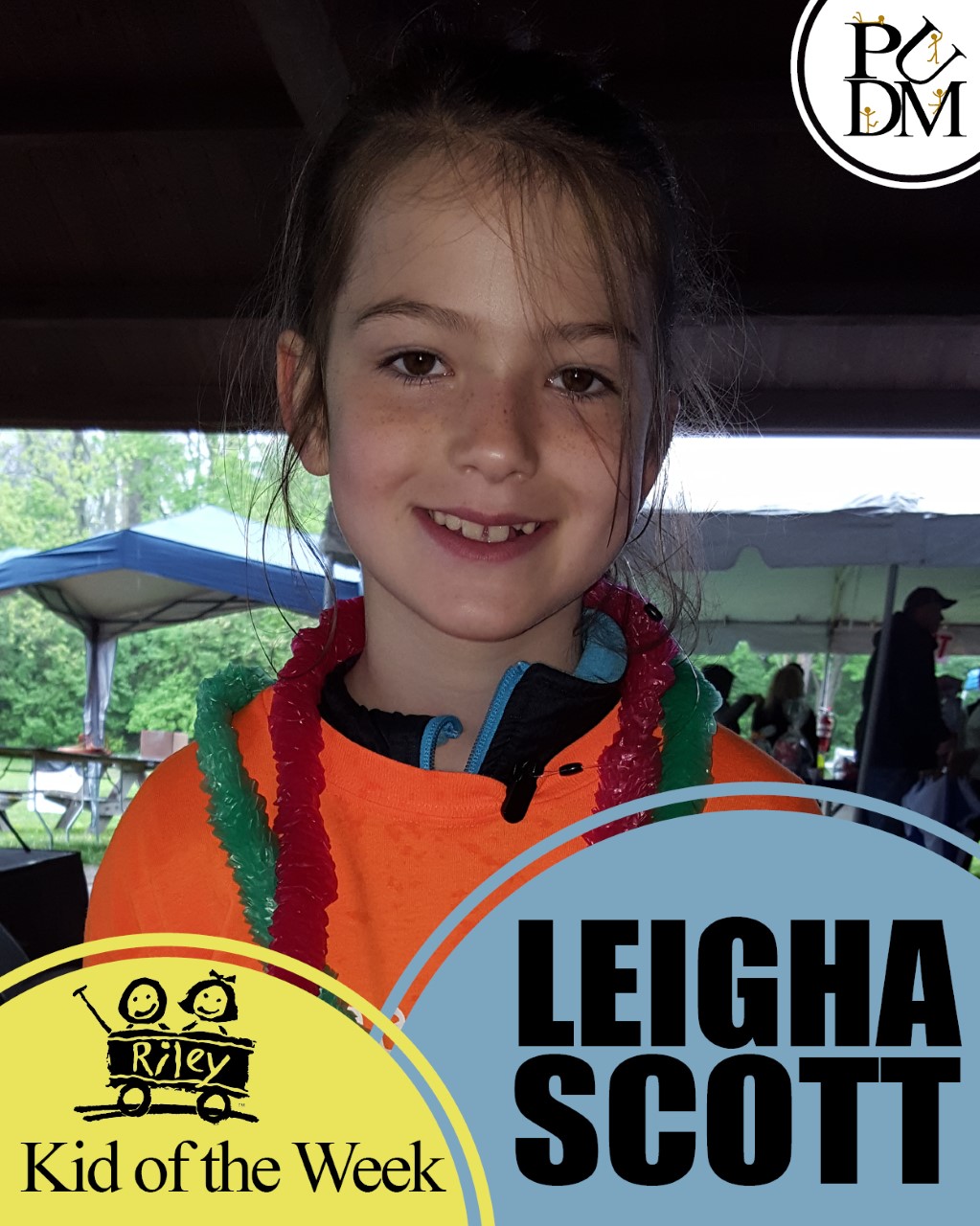 Leigha was always healthy. Never had the flu, just a minor cold here and there since birth. She was always full of energy! On March 23rd, 2014 Leigha woke up sick. We just thought it was the flu. Two days later, her fever was still high and she woke up with bloody, blistered lips. I took her to the ER where they diagnosed her with stomatitis, flu, and say she was dehydrated. She was given 2 antibiotics to take. The next day, she was no better. In fact she was worse, and her hearing had become slightly decreased. I took her up to the ER, once again, and demanded an IV. They said everything looked fine and told us to keep giving her the antibiotics. The next few days her hearing was becoming more and more decreased. Her lips were not healing, and she could barely eat. I watched my vibrant, normally upbeat, little girl dwindle down to nothing. Sunday morning, March 30th, I rushed my Leigha back to the ER for a third time. Her tear ducts were extremely scanned over, that with the touch of a wash cloth they would bleed a little. Her poor lips were so swollen and bloody…and this time…her hearing was completely gone. My baby girl’s hearing was gone. She stood there crying “mommy I can’t hear you.” I lost it and immediately rushed her to the hospital. The ER doctor took one look at her and immediately called for an ambulance to take her to Riley. He said it looked like a definite case of Kawasaki’s Disease. A very rare condition that causes inflammation in the walls of some blood vessels in the body, and can affect the heart of not treated soon. She was rushed and admitted to Riley Hospital in the infectious disease unit, under the care of Dr. John Christensen, director of the Ryan White Center for Infectious Disease. She was losing weight rapidly, and was weak. While there, Leigha had 2 spinals, 1 MRI, 2 CT Scans, 1 Echocardiogram, 1 sedated ABR, 1 non sedated ABR, steroid injections into the ears, and several blood work done.

No one had a answer. She was put in isolation for the first few days until they determined she did not have Kawasaki’s. All of her tests (besides her ABR’s that measure the brain stems response to sound) came back fine. During her sedated ABR, the audiologist and Dr. Abideen Yekkini, ENT, came out and told us there was nothing..no response. Leigha had lost her hearing.

An extremely healthy child lost her hearing, and no one knows how or what caused it. She was given steroid injections into her ears, and then placed on 5-day high dose IV steroids per request of the Neurology team.

After 8 days, Leigha was able to come home. After a month, we noticed a small increase in her hearing in her right ear. She was fitted for hearing aids. They worked for the right ear, but it was determined she was a candidate for the cochlear implant. In December 2014, we met ENT Dr. Charles Yates, who after further review of tests, determined Leigha lost her hearing to Bacterial Meningitis. She was implanted in January 2015, and activated a few weeks later in February. She is hearing like she was before! It’s amazing!

Regardless of not receiving answers for awhile, Riley Hospital got my daughter Leigha better, and healthy again…and most important…hearing again. And for that, I thank them.