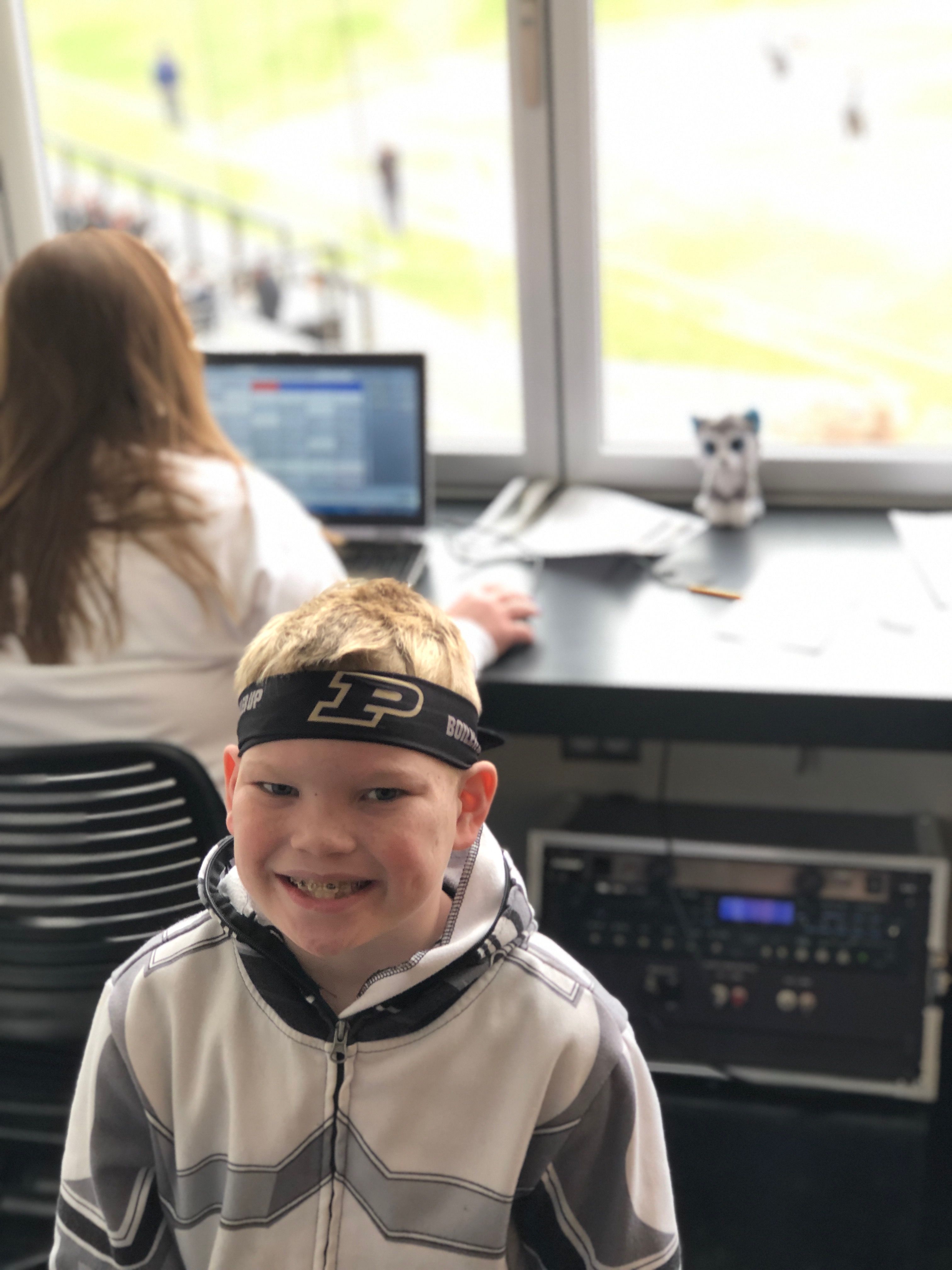 “Breath is the finest gift of nature. Be grateful for this wonderful gift”

Our journey consciously celebrating each successful breath began June 12, 2009.  It was our son, McClain’s, due date, yet instead of joyfully welcoming him to this world I was somberly carrying him through Riley Hospital.  It was this day that each breath became that much more precious; when he received the diagnosis of cystic fibrosis, a genetic disorder that damages the lungs and digestive system.

The Riley pulmonary clinic staff was outstanding.  The diagnosis of CF begins with an enormous amount of information regarding the “new” normal for your child.  We jokingly refer to it as “the data dump.” I couldn’t have asked for a more thorough, professional, and compassionate group of people than those in the Riley pulmonary clinic that day.  I left that day emotionally drained but confident armed with information and support.

McClain’s first hospital admission was when he was six weeks, his second at three months.  We were continually frustrated that while we were following treatment regimes, he still could never get to a baseline of normal breathing.  It was shortly after this feeling of helplessness that we were approached for a clinical trial.  The gifts that Riley has given children over the years are innumerable.  However, I will always sing the praises of the research done at Riley as the most astounding gift Riley has given the world.  Children are cared for wonderfully during their stays, but, through research, those stays aren’t as frequent or even necessary in some cases.  The research done at Riley, in collaboration with centers around the world, looks toward the best practice treating diseases and, in some instances, a CURE.  That is truly something that takes my breath away!

McClain participated in a clinical trial for CF children 6 months-3 years testing the efficacy of inhaled hypertonic saline. For McClain, this trial was a game changer! For the first time since he was born, I went to check on him in his crib and saw him breathing NORMALLY!

McClain is now a VERY active 7- year-old, who, when you see him at PUDM, you would possibly wonder why he would ever be a Riley kid. Our experience over the years at Riley have been nothing but wonderful! He is seen in CF clinic every three months and as of next month it will have been two years since he has been hospitalized! Our biggest news, however, is that he is being evaluated to participate in another clinical trial.  This trial is for a new medication that treats CF at the cellular level and is the closest they have gotten to a CURE!! These miracles happen because of the research done at Riley.  These are the types of miracles that happen every day at Riley!!

This is our second year with PUDM and when we see the dedication shown by the PUDM volunteers, we see the opportunity for more miracles like this! We, personally, see a cure for our son!! THANK YOU!!