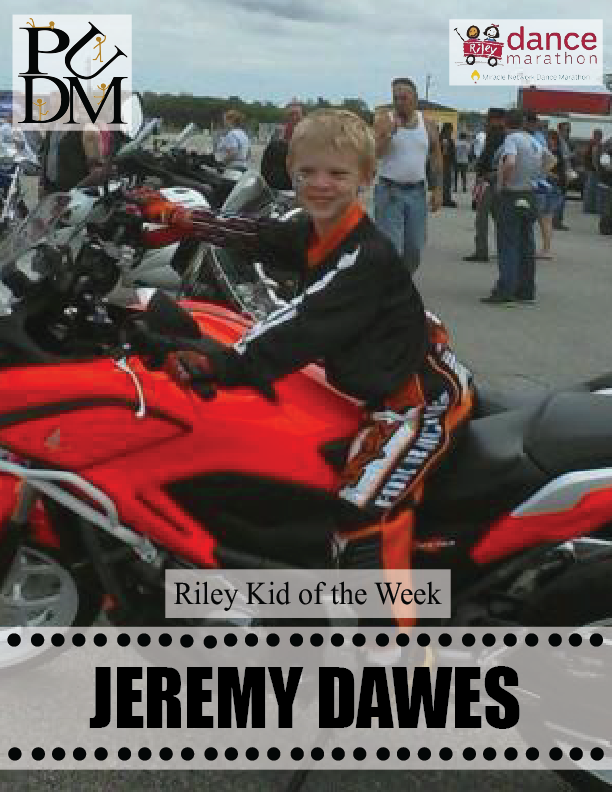 Jeremy has breathing issues due to asthma.   He has been hospitalized on several occasions due to his oxygen levels dropping dangerously low.  He is also seen by the Sleep Clinic at Riley for Sleep apnea.   He has also had a few surgeries like getting his tonsils removed, and placing tubes in his ears. Thanks so those at Riley that have taken care of Jeremy over the years he likes race cars, motorcycles, legos, basketball, baseball and football.