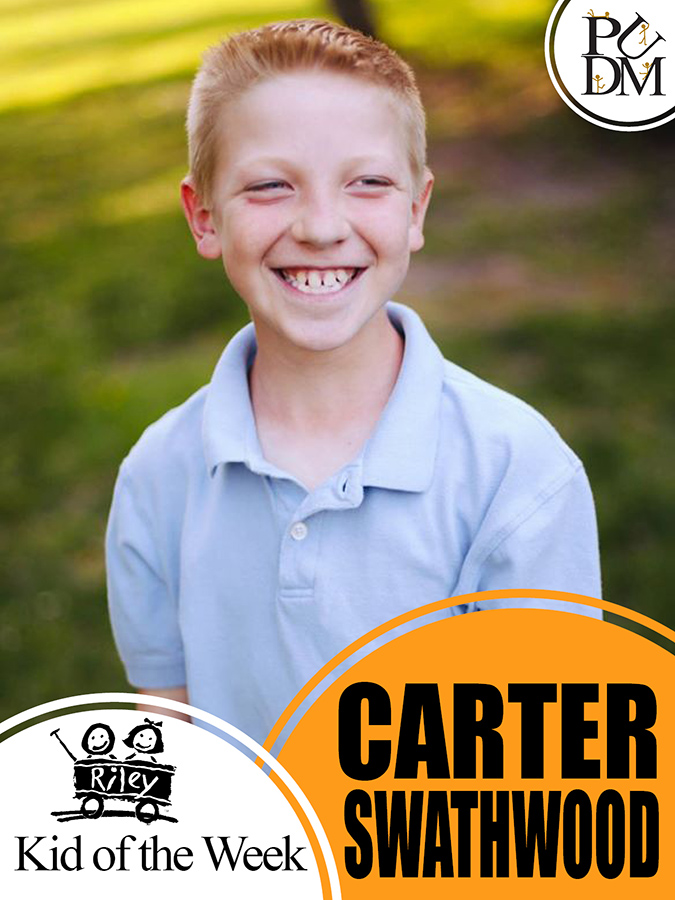 “On October 7, after dealing with a high fever and cough for a couple of days we decided to take our 5–year-old son Carter to the doctor. Carter was having a lot of trouble breathing and after testing positive for H1N1 the doctor feared that he may have a secondary bacterial pneumonia infection. The doctor came to the hospital, did his examination and then said “Your son isn’t going to make it.  He needs more than what we can give him.  A helicopter will be here in 20 minutes to transport him to Riley Hospital in Indianapolis.”  Carter was placed on the helicopter and flown immediately to Riley. The doctors were very knowledgeable, but explained things in my terms so that I would understand. Carter is committed to giving back to Riley Hospital and helping families currently there.  In 3 short years, Carter has raised over $13,500 for Riley.  Thank you for all your support!!!!”