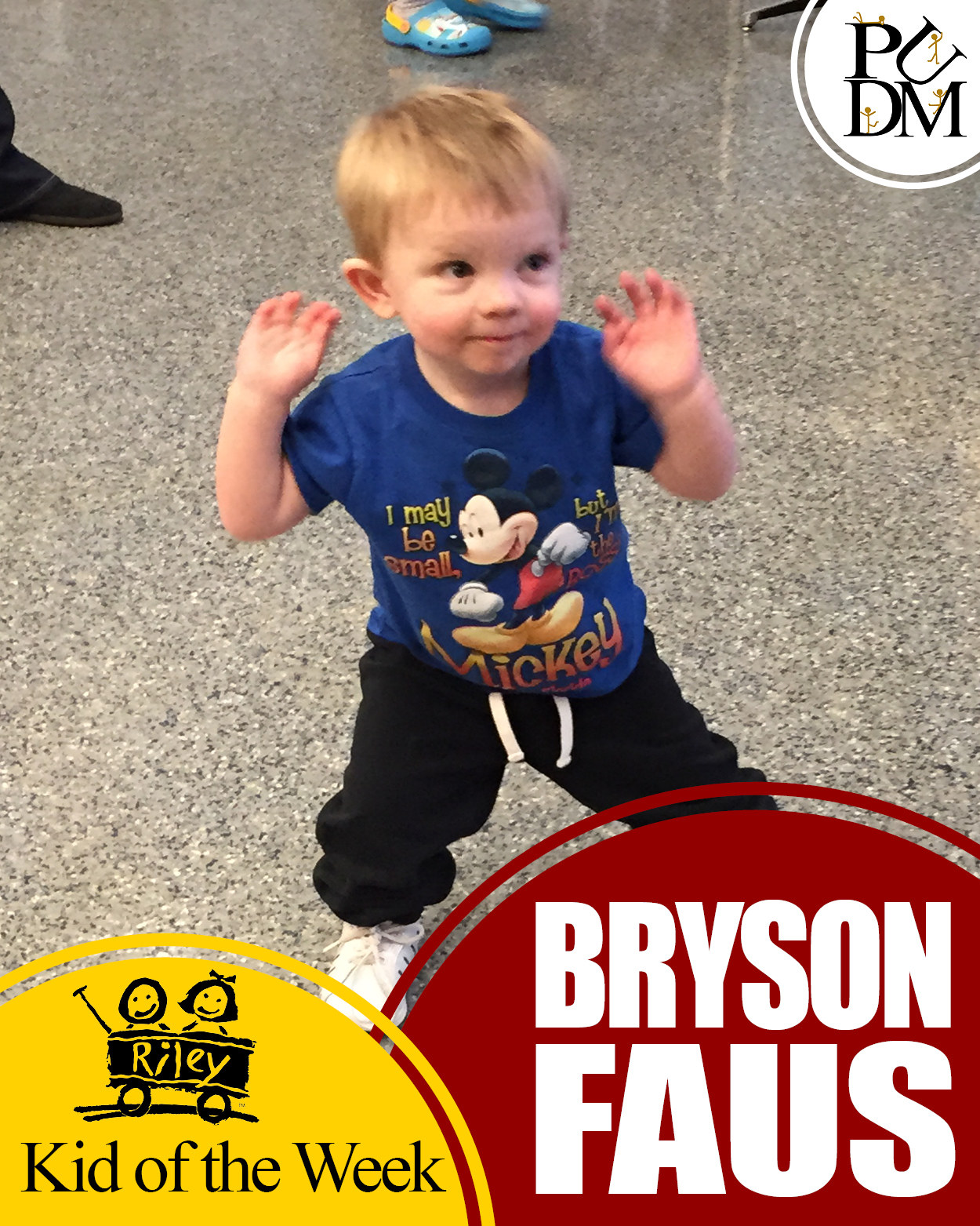 Brian and I were married in 2012 and just a few short months later became pregnant with our first child. I had a pretty typical pregnancy, with the exception of finding out that our son had bi-lateral hydronephrosis (inflammation of the kidneys) about 6 months into the pregnancy. We had a few extra ultrasounds and were seen by a specialist a few time but we were told that the hydronephrosis could very well resolve on its own once he was born. Because of the hydro though, I was induced at 38 weeks and Bryson Kenneth Faus was born on March 5th, 2013 at about 9:15pm.

He was perfect! However, our world was turned upside down about 12 hours later when we found out the next morning that something was wrong with his little heart. The family doctor who can to do his newborn checkup heard a heart murmur. Although murmurs are not uncommon in newborns, since he already knew about the hydro and was planning to order an ultrasound of Bryson’s kidney’s he decided to also order an echocardiogram (ultrasound of the heart) just to be safe. The echo confirmed that Bryson had been bon with multiple congenital heart defects and he was immediately life-lined from Dupont Hospital in Fort Wayne down to Riley Children’s Hospital.

Once Brian and I arrived at Riley and were able to see Bryon in the NICU, we were met with a handful of doctors and medical staff. Riley performed another echo and we were informed that Bryson had an Interrupted Aortic Arch (the main blood vessel which blood flows to the body from the heart was not connected), Aortic Valve Stenosis (the valve leading to the aortic arch was extremely small), a VERY large VSD (essentially, the wall between Bryson’s left and right ventricles was almost non-existent) and an ASD (a hole between the two atriums). Bryson spent the next 5 days in the Riley NICU connected to IVs and medlines going into his belly button, which helped make sure a vital vessel remained open to allow blood flow to the lower half of his body. At not even 6 days old, Bryson underwent his first open heart surgery, the Norwood Procedure. He remained at riley until he was about 3.5 weeks old. He spent time in the PICU and then the Riley Heart Center. While there, Bryson was also referred to a Riley urologist who confirmed that the hydro was worse then we originally though. He came home on 6 different meds, supplemental oxygen, an ng feeding tube, and on a heart monitor 24/7.

Without continuing for another 2 days explaining everything that Bryson has been through in his short life, I will simply end with this: Bryson is now 17 months old and has had countless clinic visits, numberous tests, multiple inpatient stays and a total of 10 procedures which included: 2 cardiac catheterizations, 2 ureteral stent placement procedures (total of 3 stents), a g-tube placement, a 2nd open heart surgery knows as the Rastelli procedure, ureteral stent removal, and a ureteral re-implantation. He may need yet another kidney surgery at some point in the next year or so and will have to have his new pulmonary vale replaced multiple times throughout his lifetime. Our hope is that at some point he will no longer need to be

following by urology, but unfortunately, Bryson will always be a heart partient and need to be followed by cardiology throughout his life.

Although Bryson has been through more in his 17 short months than most people have to endure in their entire life, he is still the happiest, silliest, sweetest, most energetic little guy I have ever known. He is now g-tube free, only on 2 heart meds and a propholactic antibiotic to protect against UTIs, completely off oxygen and no longer requires a heart monitor.

We will never be able to thank everyone at riley enough for what they have done for Bryson and our family. From our first, terrifying day there we have known that he was in the best possible care and we have trusted his medical team 110%. Because of Riley, Bryson was given a fighting chance. Without their intervention, there is no doubt that Bryson would not be with us today. The nurses at riley are truly gifted and show such care and compassion to each of their patients.

Bryson has grown to know and love the ‘red shirts’ (except when they have to poke him, he’s not always a fan then but quickly forgives them). He has had the same echo tech, Amy, since our first clinical visit when he was 1 month old and we have all 3 grown to love and adore her! Not only has the Riley team provided superior care for Bryson, but we have always felt that the nurses and staff strive to care for the family unit as a whole. During the most trying of times, when Bryson was in the NICU and recovering from OHS in the PICU, the nurses always made a note to check on Brian and myself; to make sure we were getting rest and caring for ourselves as well because they knew we would need to be in tip-top shape to care for Bryson on our own once we brought him home. During that first week, his surgeon always made a point to check on me each day because he knew that I had just given birth and been released less than 18 hours later an in a great deal of stress.

Every staff member at Riley is always willing to answer any and all of our questions (no matter how crazy they may seem) and if they are unable to answer us, they always with to find someone who can provide the best possible answer.