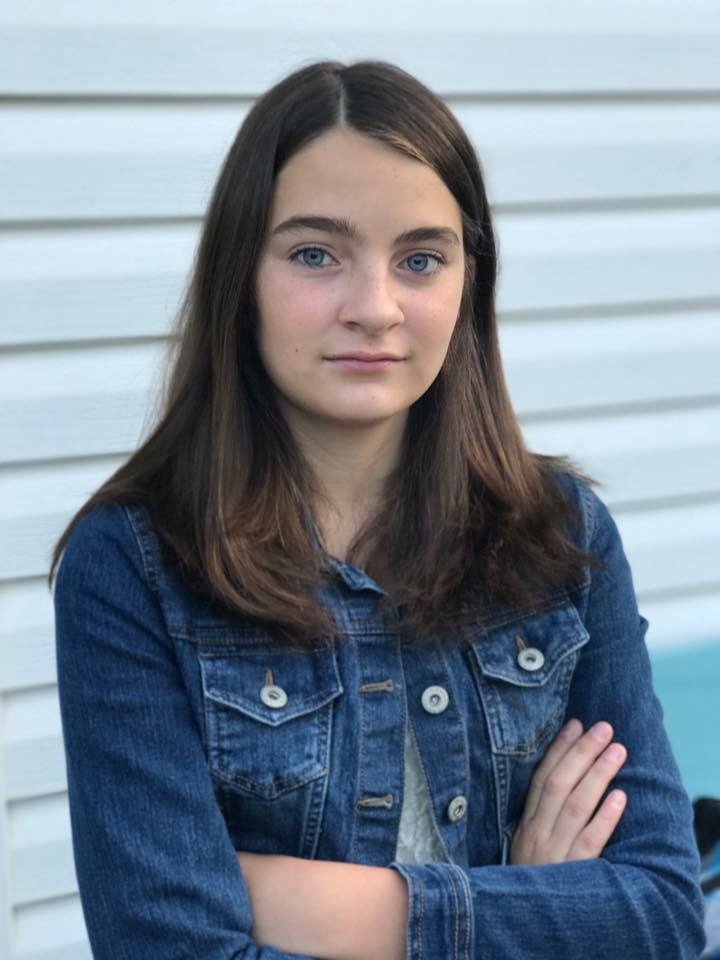 Kaylie is the oldest of four siblings, three of which have been treated at Riley. She is now 14 years old and loves running, art, singing, and llamas! Kaylie did a great job singing at the Riley Kid Talent Show at Ball State University’s Dance Marathon back in February of this year. Kaylie and the entire Phillips family have been deeply impacted by Riley, and you can learn more about them by reading their story as told by their mom:

“For years, I had the feeling there was something wrong with my daughter, Kaylie. As Kaylie grew through her toddler and preschool years, she had a hard time walking properly, would fall often and was never fully potty-trained. Her pediatrician said Kaylie was fine, but I knew my daughter had been born with a deep sacral dimple—an indentation in the skin on her lower back—but I was reassured when doctors couldn’t find any related problems. We then saw an orthopedic surgeon who said she “would grow out it.”

It wasn’t until Kaylie’s younger brother, Landon, developed health problems of his own that our family found answers that would ultimately help three of our kiddos. At Riley Hospital, Pediatric Neurosurgeon Jodi Smith, M.D., began treating Landon for Chiari malformation, a condition where brain tissue protrudes from the base of the skull down into the spinal column. She asked if any of his siblings had any unexplained health problems. After hearing about Kaylie, Dr. Smith immediately recommended an MRI. Dr. Smith discovered that Kaylie had tethered spinal cord syndrome, which caused her spinal cord to be pulled tightly, restricting nerves. Riley Pediatric Urology Nurse Practitioner Shelly King confirmed that Kaylie’s bladder problems were related. Dr. Smith performed surgery two days later to release the tethered cord.

Soon after Kaylie’s problems were discovered, our youngest son, Hudson, was diagnosed with similar tethered cord problems. In November of 2017, Riley genetics diagnosed him with Ehlers-Danlos Syndrome. We regularly make trips down to Riley for Kaylie, Hudson and Landon. The drive is long, but well worth it because the doctors listen. They genuinely care about each family. Kaylie wasn’t even Dr. Smith’s patient yet and she helped guide us to the diagnosis she needed.

The Child Life Specialists for make each visit enjoyable. They keep the kids calm in normal scary situations. When they are going under for MRIs or having an urodynamic study done that’s invasive, they are there for them.

Kaylie can now run, ride a bicycle and share her story at Riley Dance Marathons. She also raised $100 for Riley through “Kaylie’s Cupcakes,” where she assisted in making strawberry cupcakes and turned wrappers into red wagons. Our family will continue to give back to the hospital because it gave so much hope to us. We’re so thankful that our family can receive treatment at Riley. Without them, our kids wouldn’t be where they are today!”